Outdated or Incompatible Browser. To get the most from this website, please upgrade your web browser. We recommend Google Chrome or Safari.
Ivan Murphy 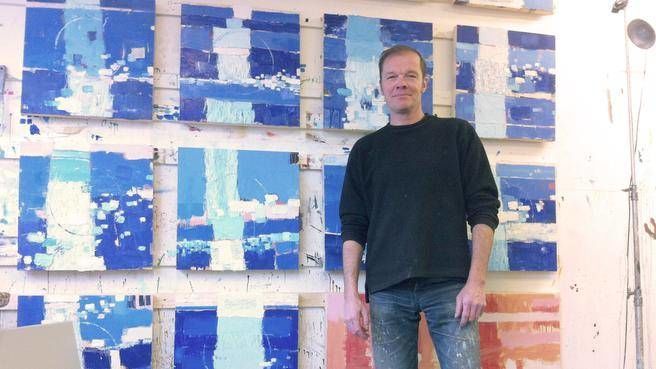 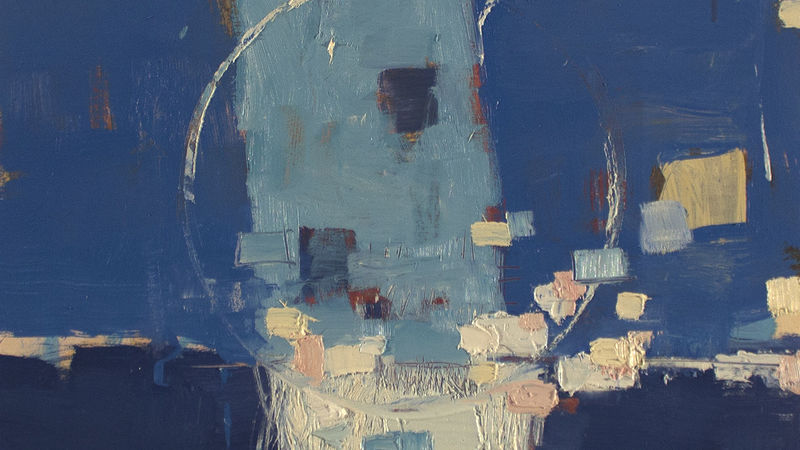 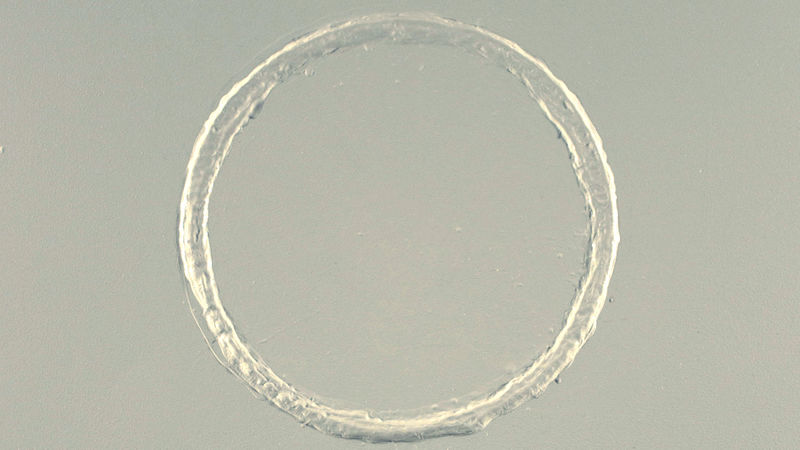 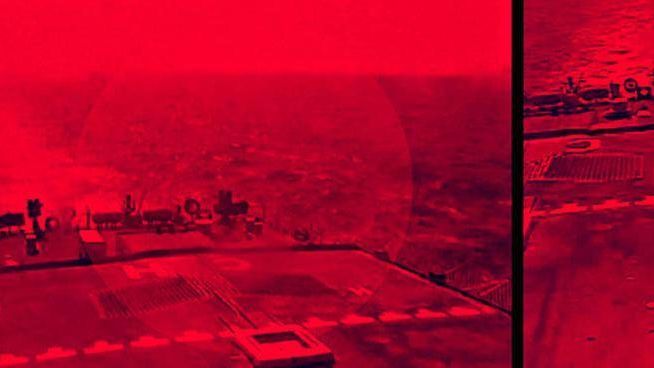 Halifax painter Ivan Murphy spent 16 days at sea in 2016 deployed on board the Canadian frigate HMCS Charlottetown. He hadn’t joined the navy; rather, he was an invited observer in the Canadian Forces Artists Program (CFAP).

Murphy enjoyed the trip of a lifetime sailing the Mediterranean between Crete and Spain on board the Charlottetown.

For the first time, this year the Canadian War Museum in Ottawa will be exhibiting the various works inspired by the latest CFAP deployments. From Feb. 1 to April 2, Murphy’s work will share the gallery with art made by Nancy Cole, Richard Johnson, Guy Lavigueur, Kathryn Mussallem, Erin Riley, Mark Thompson and Erik Walker.

Murphy made several unsuccessful attempts to get deployed to Afghanistan, as he loves the rugged landscape. But eventually he settled on plan B: sailing the Mediterranean with its impossibly blue hues. The opportunity to witness weeks of relentless seascape also held tremendous appeal for Murphy, who loves being on the water. He sails schooners when he can and since 2013 has worked part time as a deckhand on pilot boats in Halifax Harbour.

A 1992 NSCAD graduate, Murphy has exhibited widely over the years, received numerous awards and accolades for his work, and has enjoyed part-time teaching positions at the art college. His abstract landscape and seascape oil paintings may be familiar to Halifax art enthusiasts who have seen them in private collections or at Page and Strange and other contemporary art settings in the city.

For the War Museum show, Murphy plans to exhibit two series of 16 small, square paintings, plus the third element of video projection. For his triptych, Murphy set himself the task of working outside his normal studio practice, wanting to let his experiences on the ship influence his regular way of thinking about making art.

For Ship’s Wake 1-16, Murphy isolated the many colours he experienced at sea — mostly blues, whites and pinks. Then, referencing the large wake of churned-up water off the stern of the vessel, he reconstructed the image of the wake in slightly varying combinations of the same simple colour elements with each painting. “Because I was at sea for 16 days,” he says, “I chose to make 16 small square paintings, all similar, all sharing characteristics, yet each one unique.”

Murphy took the paint can and every day for 28 days he meticulously dripped grey paint down off its sides onto each square canvas, building up a circular ridge of coagulated grey paint in the centre of each painting.

“There were a lot of circle shapes on board ship,” he says. “Circles refer to the way military personnel are trained to see the world, in terms of distance, points on an electronic chart, longitude and latitude. And, of course, ships have portholes.”

Thus, while still referencing the reality he observed on board the warship, Murphy’s Ship’s Side Grey series strongly emphasizes what he calls the materiality and plastic possibilities of paint and also the process of oil painting itself. “There was a continuity — a time element — to this process, which is unusual for me,” he says. “Normally I can see to the end when I start a painting. In this series, there were no guideposts.

For the third element of his exhibition, the artist took CCTV video images taken of the stern of the ship and doctored them to run in a continuous projected loop. The images are saturated in red, an ode to the ship’s working lights below deck. Murphy says he wanted to give the feeling of living aboard a ship and that red is very truthful to the naval experience.

The discipline of the crew and the repetition of daily tasks on board HMCS Charlottetown really impressed Murphy.

“It reflected the monotony of the same endless horizon I watched each day at sea,” he says, “like I was in a time loop, or experiencing Groundhog Day.” Murphy realized that he works similarly in his studio, as it’s been his instinct for many years to repeat paintings with slight variations, to get to the essential matter of what he is painting.

”I find myself reflecting upon how important colour was as a repeating ingredient in my deployment,” he said, ever the abstractionist. Murphy also gained an appreciation for the filter — the periscopes, the electronic equipment — between the sailors and what they see day after day.

“It was a very mediated perception of the seascape, an occupation-based perception,” he claims, “which was interesting to me.”

Murphy sought and found the essence of his nautical experience and, typically, stripped it of all artifice — down to the bones of the boat, one might say.

Murphy is a member of the 2014-15 caption group, known collectively as Group7, the seventh since the CFAP program began in 2001. John McPharlane, chief of military personnel at the Directorate of History and Heritage at the National Defence Headquarters in Ottawa, says the navy, army and air force know these artists portray their activities and it’s to the military’s advantage, and to the advantage of future generations, that these portrayals are as accurate as possible.

As historian of war and visual culture at the War Museum, exhibition curator Joanne Stober asserts that war art has formed a powerful link between the Canadian public and Canadian Forces in action since the First World War. Artists have been invited into the theatre of war and into conflict zones to record and capture daily operations of the Canadian Forces, Stober says.

“The resulting works of art,” she adds, “continue a legacy of creation and communication that bring Canadians face-to-face with the experience of military deployment, at home and overseas.”

McPharlane says this program does not ask artists to donate works, as programs during the two world wars did.

“The artists have total freedom to express themselves,” he suggests, adding, “Also different is that this program does not provide a salary or any payment other than travel costs. The artists are volunteers; they keep their works and do their own marketing and promotion.”

Stober says that the War Museum asked each of the Group7 artists to reflect on their experience and how it shaped their artistic practice and contribution.

Every two years, 5-10 artists in any discipline from across the country are selected by a jury of art professionals from an open call. Those chosen are eventually sent overseas individually to observe the work of ground, air or sea personnel stationed in various places around the world.

The artists in Group7 represent the country in a range of media including photography, video, sketches, oils, glass sculpture, and mixed media works on paper and textiles, adding to the canon of works already made by some 70 previous artists who experienced the program.

Murphy’s oil paintings are often based on memories of ordinary sites — in this case a frigate — with basic structures and meanings revealed through a repetition of imagery until he has pressed the truth out of it. In breaking an image down to its essential structure, the details get lost but something else remains. Thus Murphy’s paintings are generally created as editions or series, repeating and retranslating an idea until the essential form, content and colour of his subject is revealed.